Hi there! My name is Amanda, and I'm an LA-based writer and editor. Whether I'm working with a marketing team or sharing personal essays, I love finding new ways to make words work and connect with an audience. And for those curious, I'm a die-hard Oxford comma fan. 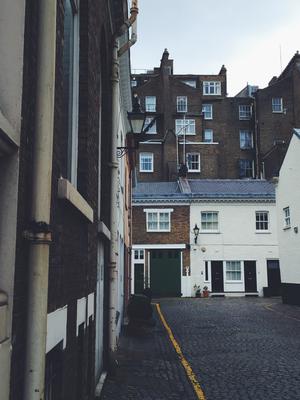 The Lives We Won't Live

I sit on the countertop wearing soft leggings, a thick bathrobe, contemplating the many lives I could but will never have. I could be drinking water instead of the green tea that just burned my tongue. I could be living in my parent’s house, saving money, instead of this $1,300 apartment built on the edge of Santa Monica’s city lines. I could have chosen to pursue accounting, or law school, or a freelance business instead of my nonprofit, 9-5 office job. 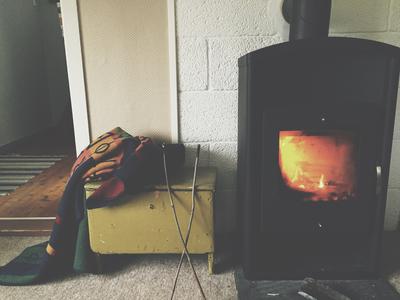 Somehow, I can’t stop telling him about my family. From our first conversations, to our first date, to last night on his couch as we were playing 20 questions. I always end up circling back to them; to my sister, who I spent two years missing while she was living overseas; to my mother, who I leave him on the weekends to visit; to my big family gatherings every holiday, how laughter and joy fills those days to the brim. 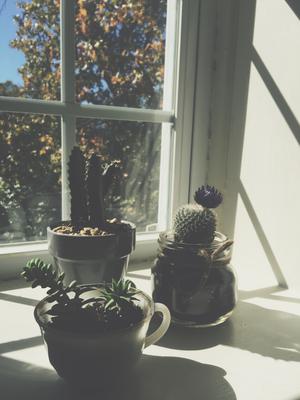 Calm is not a normal state of mind for me. It’s something I have to plan, something I have to create routines for. By a certain time at night, I have to shut off. Read a book, read my Bible, light a candle. Sometimes I’ll write in a journal. Sometimes I’ll watch an old favorite TV show. But some weeks I have to-do lists that cover multiple pages of my planner and stay up answering emails or trying to meet another deadline. 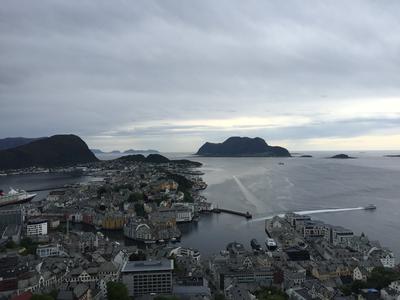 The Ones Who Broke The Mold

My dad took a DNA ancestry test because we don’t know where our last name comes from. We have very white skin that burns to a crisp in the sun, wavy brunette hair and greenish brown eyes. Sometimes I’m told I look Irish, or German…my mother tells us we have English blood. All I know is that every time someone asks me, “what is that?” when I tell them my last name is Beadlescomb, I say I don’t know, probably a hodgepodge of a name people didn’t know how to write or say back in the olden days. 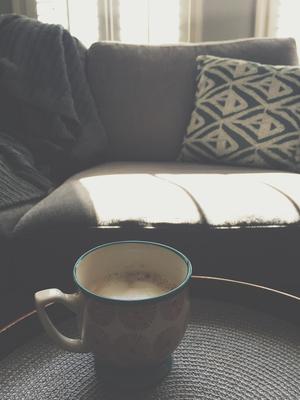 The Benefits of Choosing to Stay Behind

“I think I’m going to stay behind,” I say. My friends stop gathering their purses. One pauses with her shoe halfway on. “Do you not want to bike?” she asks. “We don’t have to go to town, we can go somewhere else,” says another. We’re staying by the beach in Santa Barbara for Labor Day weekend. A house where I can walk barefoot out the back door straight onto sand, breathing in salt air as soon as I crack open a window. The first night was filled with laughter that made my stomach hurt,[...] 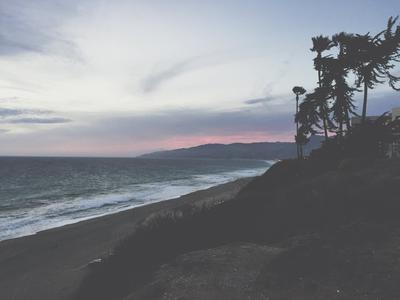 The Point of Birthdays

My first instinct was to look at the people around me. The ones posting on social media. They’d written books, were writing articles for magazines I still only dream will send me an acceptance letter one day. They’d started podcasts. Spent two years living in Asia. Found the loves of their lives. Wore diamond rings on the fourth finger of their left hands. Spoke at the United Nations. Worked in refugee camps around the world. 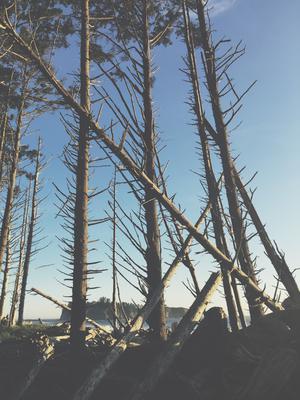 When You're Burned Out

It feels like I haven’t taken a breath since February. Five months since a job hunt began, since stress took over, since I spent every hour of every day trying to figure out where I wanted to live, what I wanted to do, trying and failing, and failing, and failing to make things work. To get hired. To try the freelance lifestyle. To cook meals with nutrients instead of trans fat and to get my body moving. To finish a passion project while my time was unrestricted. 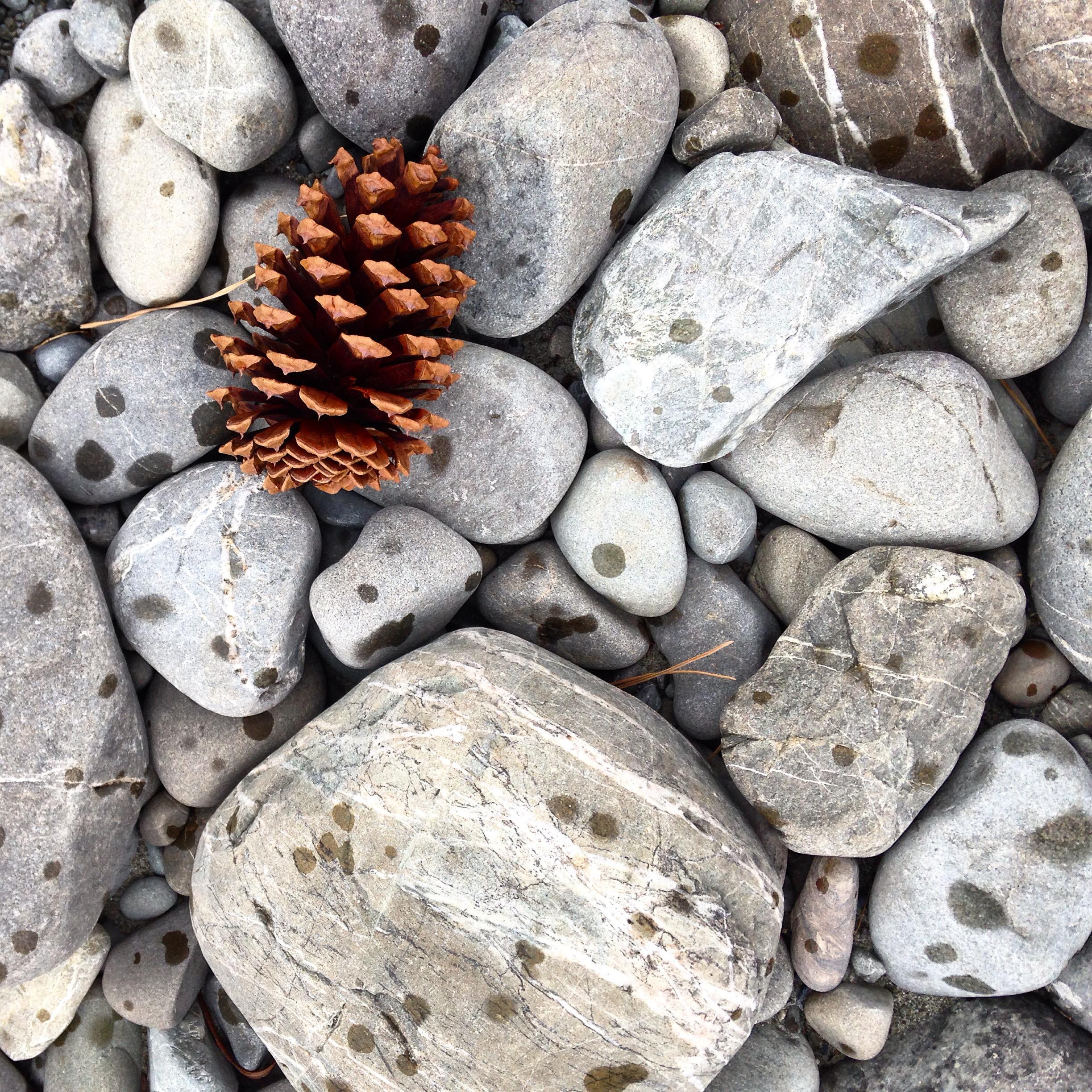 On Being the Quiet One

It was Jack on our breath and his eyes locked on me while I danced. We were out together with his friends for the first time, but as soon as we arrived the two of us lost ourselves in the crowd of 100 people squeezed into a suburban backyard. It was closing my eyes to take it in. His hand around my waist and the music shaking the walls of her living room. Him twirling me around and kissing my cheek, posing for pictures and calling me darling. 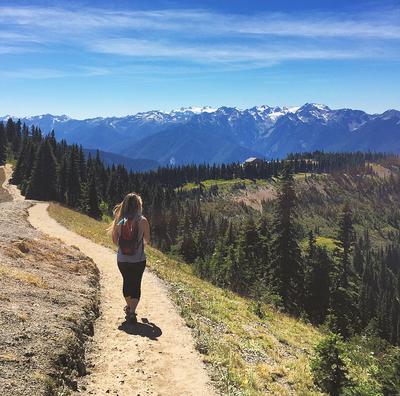 “I downloaded J-swipe,” my friend tells me when we’re getting ready for a night out. Coat after sticky coat of mascara, we’re exchanging our dating horror stories, not so secretly hoping that tonight’s the night we meet the love of our life in a dark Venice bar. We laugh when she shows me her “I got a match” screen—a chair dances as the words “MAZEL TOV” plaster behind it. “I’m not looking for anyone on there,” she says. “But the attention is nice.” 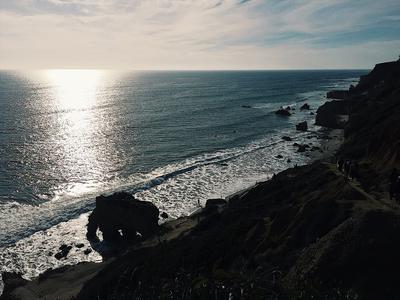 This Is Where You Belong

After being laid off from my job two months ago, I packed my desk and drove to the beach. It was a perfect day for shorts and a sweater, walking along the bike paths and lifting my face toward the sun every few minutes. I wanted my skin to burn. I walked two miles of sand between the Santa Monica pier and a little shack of a restaurant I’d discovered one day on a sunset walk with two of my friends. I’d lived here for nearly two years, and life just seemed to work out for me in this place. 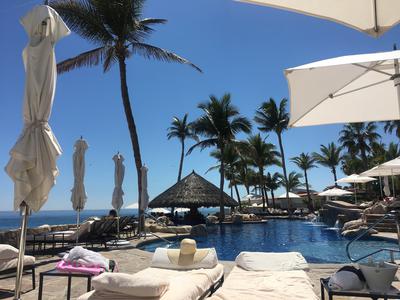 It's Okay That People Leave

My friend took me on her family vacation. Our friendship was one that started slowly. We met six years ago, on our dorm floor, wide-eyed freshman anxious to meet people and fall into the right crowd. For that first year, we had the occasional lunch. We blew bubbles in the sink of a public restroom and had a few movie nights in. We had our own groups of “regular” friends—the ones you go out with on the weekends and tell stories of your everyday life to. 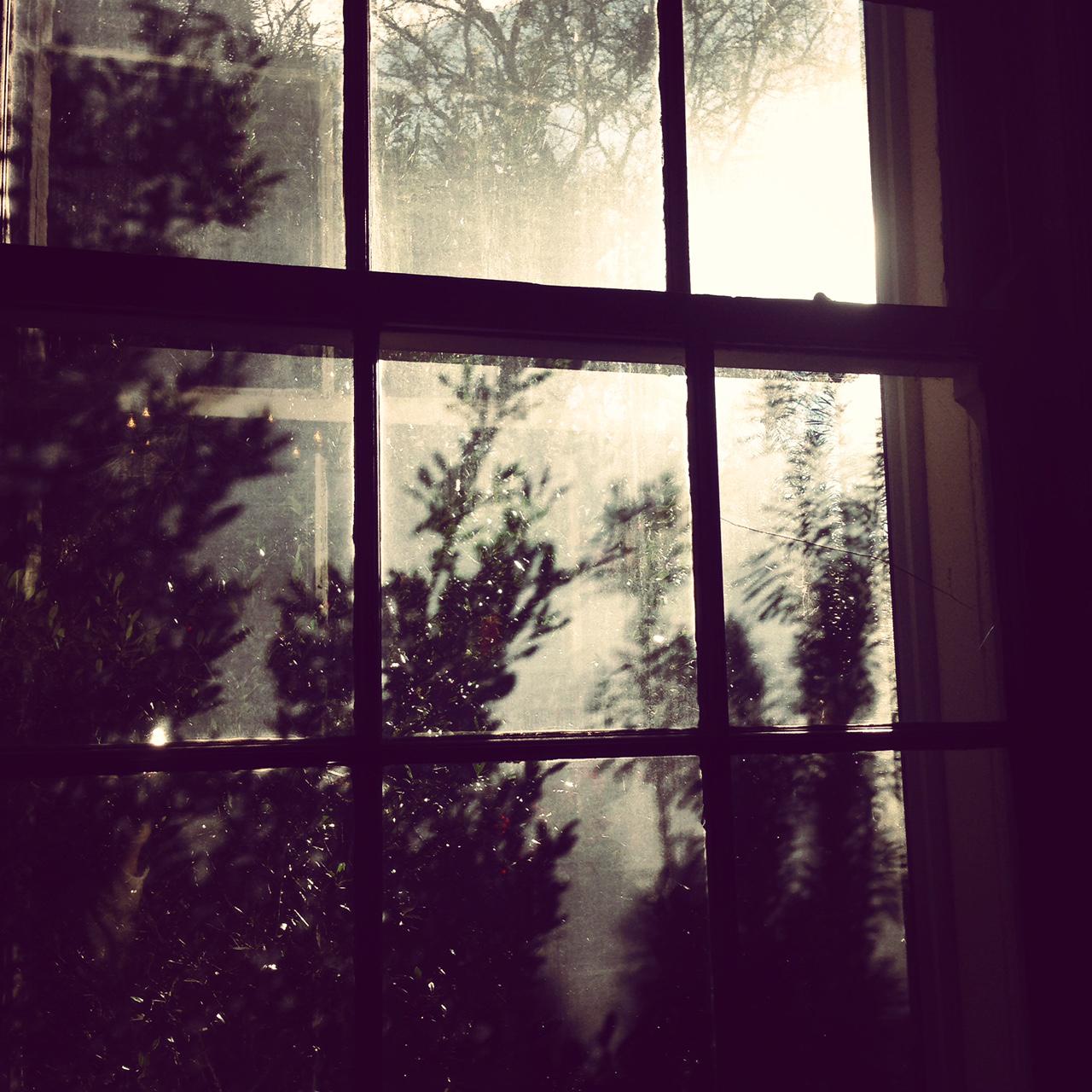 This is What Letting Go Means 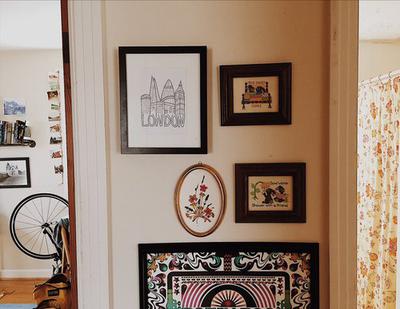 My grandfather was a man of many opinions—that’s what my grandma tells me. He paid me $100 to read the novel Atlas Shrugged so I could be well acquainted with his political views. He liked things done his way, so much so that he started his own business to make sure things were done right. He only gave gifts if they met his very high standards, and only bought my grandma jewelry once he could afford the best of it. 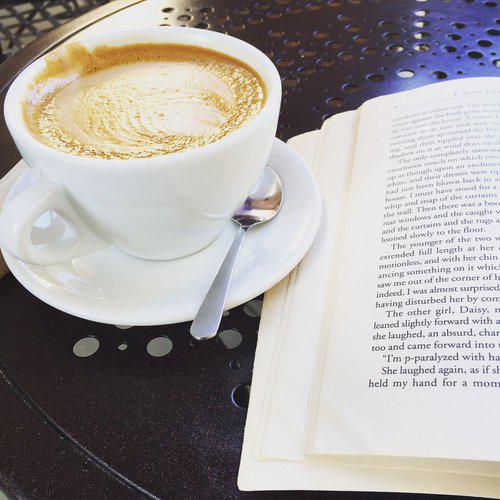 For the Person Who Loves Work and Rest Equally

I was taught that there are two types of people in the world: people who can never take a break, and people who never want to get to work. At my office, it was announced a few months ago that in 2017 we will instate an unlimited vacation time policy; half my coworkers cheered, the other half put together a strongly worded email to the CEO. Some of them hadn’t taken more than a day at a time off in years. Others used their vacation days up 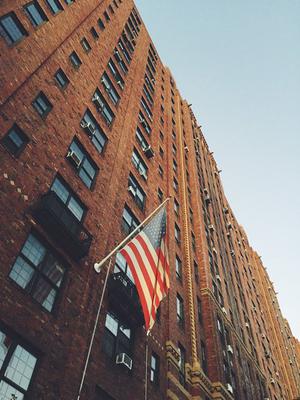 That's something so many of us have heard, or even said ourselves, over the past week once America's long-awaited election results stared us in the face. Canada's immigration site even crashed from too many disgruntled, scared, devastated Americans looking for a way out. Canada will be better, we thought. In Canada we can find our peace. We were searching for a place we could be accepted and understood. A place away from people we thought we knew and people who had disappointed us. A place away 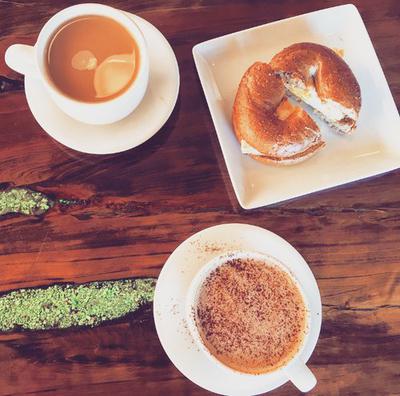 “How do you like your eggs?” That’s the question Hannah Brencher asks when someone tells her they don’t know how to find their voice. “You need to find out what you like. So go to the nearest Waffle House, and order all the eggs on the menu. Start by figuring out how you like your eggs.” I’ll take them pretty much any way they’re offered on the menu. 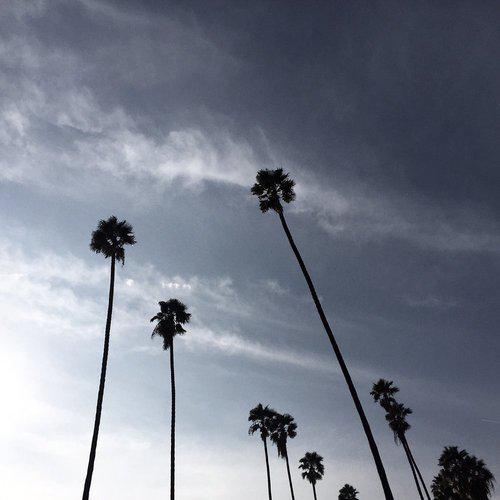 Last Thursday, I got an email from my company’s CEO. “Congratulations,” it read, “on the most important decision of your life thus far. You’ve been with us for an entire year!” The email was a little presumptuous; I found it a little off-putting. But it reminded me of a milestone I would have marched right past had it not been for a standardized company email and nice little bonus gift in my paycheck—I’ve been living this adult life for 365 days. 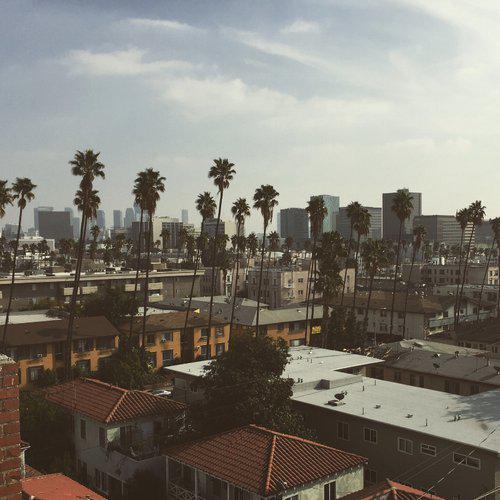 Living Well Between the Goodbyes

I wasn’t prepared for the high-speed film reel of memories to hit me the second we drove off the 405 onto the 101 highway. Two hours of driving through my tears on the day I said goodbye to a boy my brain had grown accustomed to telling “I love you,” when my heart just wasn’t there yet. An entire CD of Lady Antebellum Christmas songs my sister and I played on repeat on our way home for winter break. 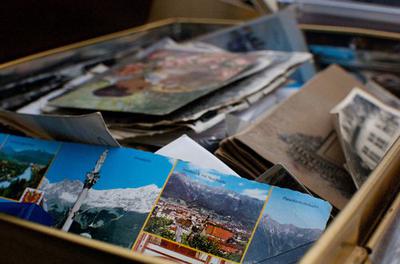 A Collection of Postcards

I have a collection of postcards that I keep in a box under my bed. The first one is from Stratford upon Avon. The second from Brighton. Third, London. Fourth, Rome. Fifth, Capri. Sixth, Paris. I have postcards from my home in Los Angeles, and my college town of Santa Barbara. From the city of my birth in Arizona, and a gas station in Dallas from when I took a road trip down South. Sometimes I pull out the box from under my bed and flip through them—England, Italy, Texas, California. 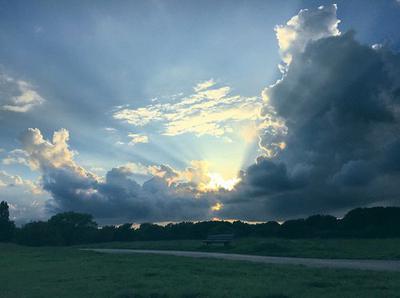 Let It All Go: On Shedding Expectations and Fear

Sweat rolls down my forehead, leaks into my eyes. I can see drops all across my arms and my yoga mat. “Hold your plank for just ten more seconds,” the instructor says, her voice steady in the midst of what I’m pretty sure is an introduction to what hell feels like. The room is at, what the website says, a *comfortable* 102 degrees, and holding this plank on a Thursday night feels like finally hitting my breaking point. I’m about to collapse onto the mat—walk straight out of the room[...]
Close ✕